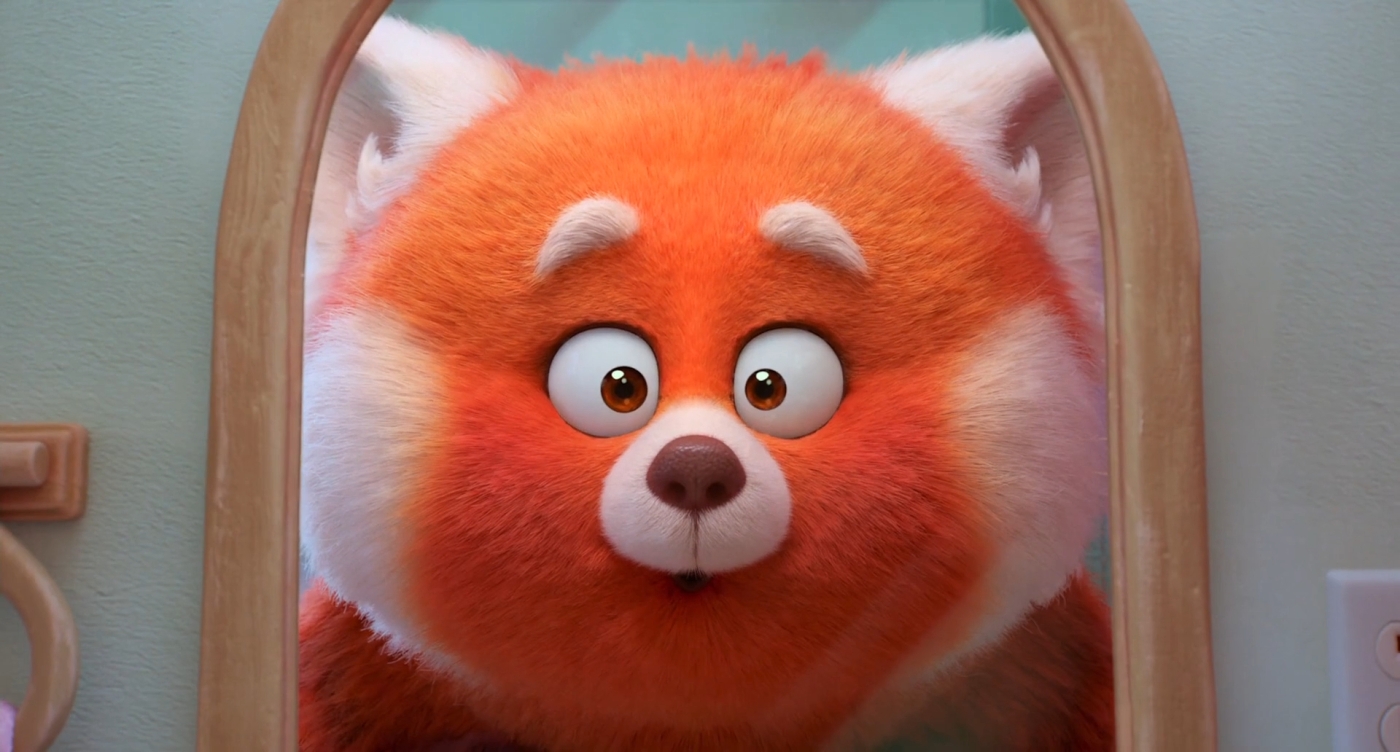 Sorry y’all, this blog is very, very late. I wanted this one posted back in March, but life happened… lol. Anyway, here you go!

I have had a lot of thoughts about Turning Red… I’ve watched it three times now, and I notice and catch things each time. My opinion also changed with each viewing. The first time, I was iffy on it because the movie was ok but needed some sprucing up. It didn’t meet my expectations fully (more on that later). The second time I saw the movie, I didn’t dislike it as much as previously but still thought that the film left out some things and needed more development still. The third viewing is closer to my second viewing’s opinion, but even more so now, I can like it at face value though I hold some of my original opinions. I am unsure if watching a movie multiple times complicates my thoughts as I desensitize my ideas or if I genuinely am starting to like the film. I am not saying I hated it, but I also don’t have an unwavering love. Still WAY better than Pixar’s Onward. I would say this was a solid 6/10.

I’ll jump right into why I say I liked Turning Red at first. The movie left a lot to be desired. I think it had great potential but missed the mark in many places. It’s upsetting to write because I wanted to like this movie more. From what I’d seen online, I thought it would be a great coming-of-age story mainly targeting girls as they learn about menstruating and growing up. I thought perhaps the red panda was a metaphor for all the changes in life that coming of age would be clever. In a way, it was, but it didn’t give me the satisfaction that I imagined.

Building on that thought, the concept felt familiar. I recall a SpongeBob episode where he bought a green “abrasive” side to help him handle more complex situations. Granted, the main characters were different, as were the circumstances, but it still felt done before. Because of that, I felt that Turning Red would spin this idea and go more in-depth. I wanted to be wowed entirely – like the red panda was a more profound metaphor for the “ugly parts” of our character and how we express that. For instance, I feel it was somewhat described but not entirely that Mei was more willing to express herself in her red panda form. I wanted that to be fully fleshed out to see if that was her or the panda that was emoting. It was unclear.

Also, I didn’t particularly enjoy that everyone, excluding Mei’s dad, said the red panda was dangerous and had a darkness to it that should never be let out. Why? Going back to my point above, Mei was seemingly in control of herself and her actions even when attacking Tyler. If it had been more apparent that the panda had a mind of its own, it would have made the stakes seem higher every time she transformed, being that she could lose herself and made the scene at Tyler’s party feel more urgent on why she couldn’t change again.

Branching off the dangers and darkness of the panda… what was dark about it? I mainly gathered that the panda was there to help Mei learn how to be her authentic self—getting to know herself in a more personal and reflective way. With her panda, she learned how to embrace herself, defend herself from others, speak her mind and be honest with her mom about how she felt.

I just want to take a small moment to say that the interesting character designs were also uncomfortable to look at. Everyone had enormous teeth, and it was weird. The first time I watched Turning Red, I was mildly disgusted. I know it’s a nitpick and didn’t have anything to do with the film’s plot. I just wanted to get that off my chest.

As I rewatched the film, I started appreciating more aspects. For instance, I didn’t have too many thoughts about Mei’s friends at first, but as I began to digest the film’s elements and characters, I realized I liked them a lot. They seemed like real people, your ride-or-die crew that most people want in their lives. As a young teen, I can say that’s the time of friend group I aspired for. All of her friends were vastly different but also likable in their way. A proper support system, if you will. Mei’s mom, while purposely unlikeable in the sense of being way too overbearing, is written very well. She captures the ridiculously over-involved, smothering parent type in a way that leaves you just as exasperated as Mei.

I’d like to add more about her father, Jin, but he was underdeveloped, which was frustrating. I think he may have been one of the best characters in the movie but just got snuffed out for more screen time with Mei and the gang. I know that was also somewhat intentional, as several times when he and Ming were in a scene together, Ming wouldn’t even let him get a word in as she spiraled out of control. But from what we could see of him, I liked him. He seemed like a very caring dad who just wanted to watch his daughter grow up and have fun doing it.

Overall, I can and most likely will rematch the movie for fun. I think it had some plot issues here and there, but the characters were solid, which made up for it in my eyes. I want to talk more about this film, but I’d like to sit with it a little longer and dissect it further. Plus, this post is long, and I think it would best fit as 2 separate posts. Stay tuned for another post.