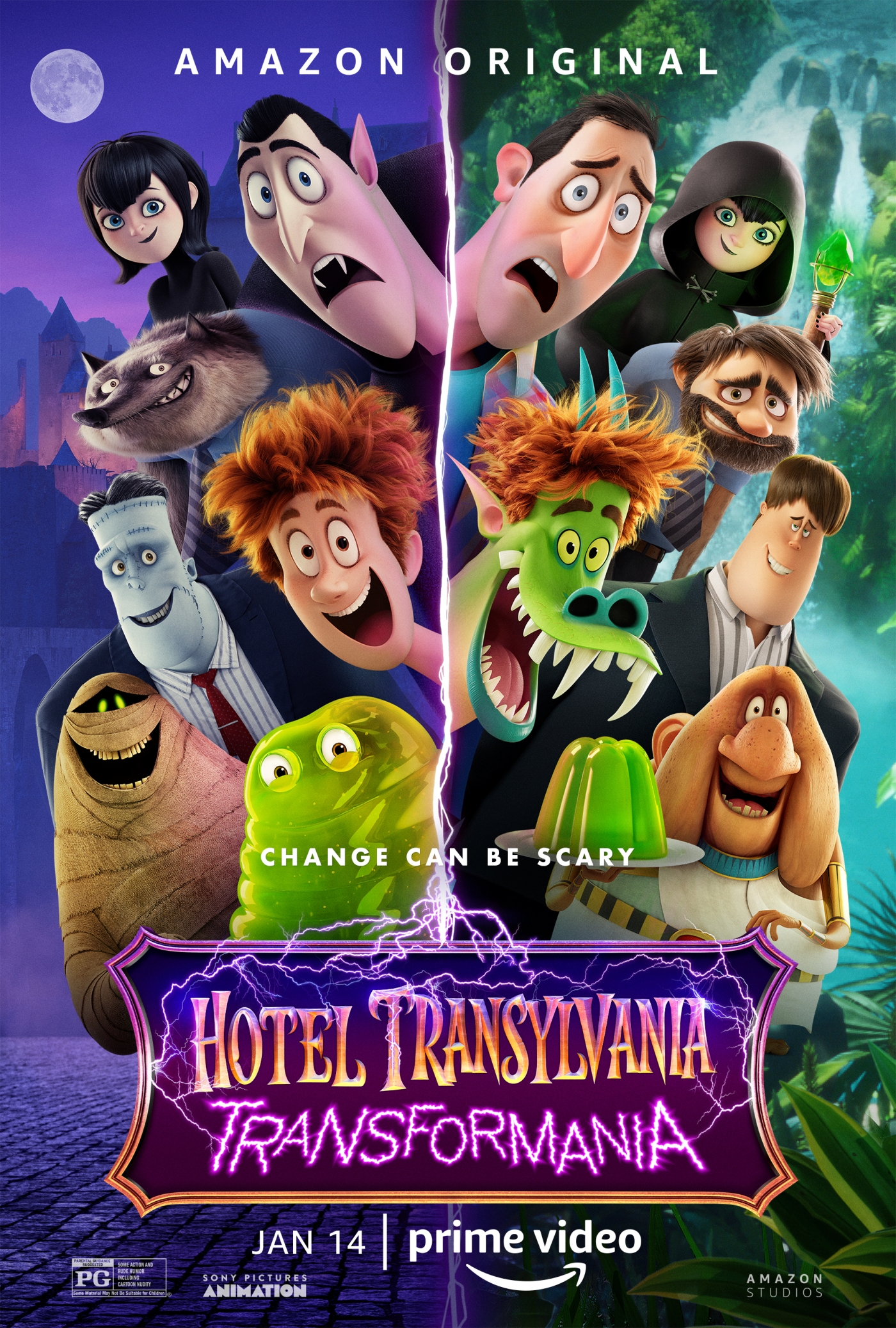 I want to start by saying I was a fan of the first film. It had charm and likable characters. But like all movie sequels seem to do these days, they started going downhill after each installment. I have no idea why I expected this one to be any different or why I didn’t expect it to suck as hard as it did but, boy, did it reek of cheap knock-off while still being in the same franchise. I am not entirely sure where to start with this one, but we’ll find out together.
Let’s start by talking about how mindboggling simple the plot was. Long story short, Dracula wants to retire and plans to pass the hotel to Mavis to run. He has reservations about it because Johnny is annoying and immature. Johnny finds out about Dracula’s retirement, ultimately proving Dracula right. He tells Johnny about a fictitious real estate law that states humans cannot own monster property. Johnny turns into a monster, and hijinks ensue. But let’s break it down more to its core. Johnny is an insufferable goof that’s supposed to come off as endearing. Mavis loves him the way he is. Dracula is not ok with this but accepts it by the movie’s end. Didn’t we already do this in the first movie? Talk about recycling.
The climax didn’t make much sense either. It was never previously expressed that Johnny would ever just become incredibly angry. He threw a tantrum which was uncomfortable to watch. And yes, I know, Johnny was unstable because of the monster ray, but still. Johnny has always been an easy-going character – he never showed that he would be easily upset. And yes, in his shoes, he has a right to be mad since Dracula lied to his face for selfish reasons, but I never perceived him to be a go-on-a-rampage kind of angry. But then again, I don’t think Johnny would ever be as idiotic as bum-rush Dracula at the beginning of the film, either.
The characters felt like hollow shells, but Johnny was the main one that gripped me. It seemed like Johnny’s personality was cranked up through the roof. He was unbearable. I liked his character before because while he was a little annoying, he had redeeming qualities that made him an overall decently rounded character. But in Transformania? Oh no, all of those traits were gone. He was just a hollow caricature of himself. At least when the scenes depicting other characters were bearable but boring. Johnny was just over the top the whole time, and honestly, if I were Dracula, I wouldn’t want to pass my hotel to him either.
Further, why did he think Mavis would be excited to see that he was a giant bumbling green idiot? We’ve already established that she loved him for who he was and didn’t want any changes to him at all. If we ever saw her reaction to Johnny when he was trying to show her, I imagine her response would have been less than pleased. That was just clumsy writing, and I couldn’t help rolling my eyes.
I’m only going to talk about the other characters briefly. They served no purpose to the film and just felt like they were just “there.” I know the movie can’t be Hotel Transylvania without them (minus Erica and Van Helsing because they were just addons from the third movie). Still, there were better things they could have done. They didn’t need to be there at all. Mavis was barely herself and seemed like she completely forgot she was a mom. I was pondering where Dennis was most of the movie. I know he’s pretty independent, but he is still a kid.
The last thing I want to touch on is how stiff the animation was. I know that in the previous films, the stiffness was stylistic, but not here. This felt unintentional and cheap.
There’s a reason this film is the last installment to the franchise (I hope). Hollywood took a decent movie (only referring to the first installment), stripped it of its wholesomeness, and traded it for cheap thrills. The fact that Adam Sandler didn’t even return to the voice Dracula is telling. If ever there was a shameless cash grab, this would be it.